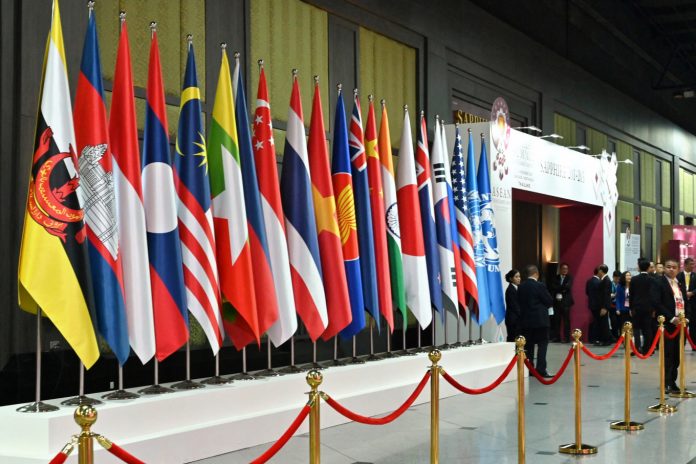 The rise of China and Russia is dynamically threatening the unipolar world order and the United States is leaving no stone unturned to maintain its status-quo and counter its rivals militarily, economically, technologically, and geo-strategically. In the contemporary scenario, tensions in the international arena are soaring up as evident in Russia-Ukraine conflict and China-Taiwan hostility. Russia-Ukraine confrontation led to an increase in oil & energy prices all around the world. This conflict is not only because of colliding interests of both Russia and Ukraine, but also the EU’s attempt to make Ukraine its part, backed by the United States.

Despite warnings from Kremlin, EU provoked the situation leading to the war initiated by Russia in Ukraine. Russian troops invaded Ukraine in February 2022, in what Putin termed as “special military operation.” The conflict is turned into a war fought basically in the Eastern and Southern Ukraine. As Russia continued to dismantle Kyiv, the US got an opportunity to impose trade sanctions on Moscow to weaken it militarily, economically, and technologically. Since Russia has strong trade ties with EU members like Germany, the Czech Republic, and Hungary, the US sanctions are leaving strict negative marks on its trade and economy. A the same time, the United States is providing military assistance to Ukraine and has sent billions of dollars in security assistance to Kyiv, with weaponry including high mobility artillery rocket systems, mortar and artillery ammunition, anti-tank missile systems, and demolition equipment. The recent reports suggest that US is preparing an additional 800m$ in military aid for Ukraine. The US also provided Ukraine an anti-tank missile system earlier. Its motive here is to prolong the war in order to put maximum pressure on Kremlin.

Russia is far more powerful than Ukraine and could have conquered it within a month, but American continuous support to Zelenesky is sabotaging and protracting its military campaign. If this war is prolonged till the end of 2022, Russia will be kicked out of the race for a multipolar International system as wars pose drastic impacts on the economy of a country engaged in a war. the recent cross-strait tensions between China and Taiwan were triggered by Nancy Pelosi’s visit on 2 August 2022 against the wish of Chinese leadership. It brought the world on verge of another conflict.

The US has adopted a ‘one china’ policy since the 1970s, under which, it recognizes Taiwan as a part of China. However, it also follows a strategy of deliberate ambiguity. China has started military exercises near Taiwan’s border. About 10 Chinese and Taiwanese boats continued to stay close to the median line of the Taiwan Strait on Sunday morning. The Chinese military will also conduct frequent drills on the east of the median line of the Taiwan Strait, Chinese state media reported on Sunday. And if the China-Taiwan war broke out, Beijing will be entangled because the US will provide strong military support to Taiwan to prolong this war as well to inflict maximum damage on China. This scenario of the International arena will help the US on the geo-strategic and economic front, the chance of bipolarity or multipolarity will be reduced and Hegemonic stability of American will be guaranteed. America has been the sole power since the end of the cold war in 1991. But gradually, as the US entangled itself in futile military campaigns across the globe, Russia got a chance for its resurrection. Old USSR, current Russia with its modified and modern communism developed itself militarily, technologically, industrially and geared up to compete with the US and rising China in international consumer markets. But, this Russia-Ukraine conflict is a major blow to Kremlin’s geo-strategic interests and trade. China is becoming a nightmare for the US in this decade, with unprecedented progress in every aspect including the economy and military.

When both rivals of the US will be entangled in their conflicts, the US will have a chance to concentrate its resources solely on its country’s interests. Sanctions on China and Russia will also help to diminish the dependency of America and western countries on Moscow and Beijing. Thus, by triggering tensions in Indo-Pacific region and forcing Kyiv-Kremlin into war, it’s a win-win situation for American hegemonic stability and unipolar world order.

Can digitalization of an economy help overcoming the existing economic crisis...