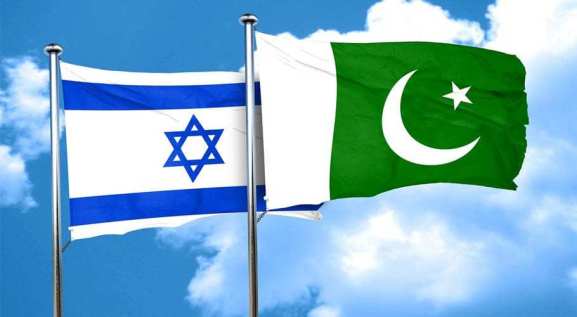 The ongoing Israeli–Palestinian conflict began with the establishment of the state of Israel in 1948. Since then, almost all Muslims countries, particularly Arabs, stood against its creation and supported their Palestinian brothers by refusing to recognize the so-called newly created state on their land. Arabs also fought the series of wars agaisnt Israel to undo its existance.

However, in 2020, some astonishing events took place when the UAE, Bahrain and Morocco agreed to normalize their relations with Israel following Egypt in 1979 and Jordan in 1994. From the ongoing state of affairs in the Arab World, it is also presumed that soon Saudi Arabia will adopt the similar approach towards the Jewish settlement. The friemdly approach of these Muslim countries has created strenuous circumstances for Pakistan’s stands towards Israel. Will Pakistan embrace the similar rhetoric towards Israel?  Prime Minister Imran Khan said, “Pakistan will not recognize Israel until there is a solution to the Israeli-Palestinian conflict.” It is an impressive statement indeed. For many reasons, Pakistan can’t recognize Israel.

Firstly, It is a firm principle of Pakistan to support the right of self-determination of people around the globe. Apart from others, Pakistan’s extention of support towards Palestine is based on this notion. Thus, by normalizaion its relations with Israel, it will also compromise its struggle towards Kashmir issue. How a country could neglect the issue of self-determination in Palestine while demanding the same right for the people of Kashmir? Surely not. Hence, Pakistan will never attempt to normalize its relations with Israel.

Secondly, Arabs countries are under pressure to recognize the state of Israel. They are weak in term of their military and always succumb to force by some global powers. Islamabad had been also under pressure from some “friendly” nations to recognise Israel, as revealed by PM, Imran Khan. However, Pakistan is the 5th largest country in the world having nuclear weapons and well trained and professional army. It has a ability to withstand the pressure and thus will continue to oppose the recognization of Israel.

Thirdly, there is a parliamentary form of government in Pakistan. Unlike in Arabs countries, where authoritarian rule enables the ruler to take an independent decision, in Pakistan, all major decisions are taken in the National Assembly. The representatives of people in the parliament will never vote in the favour of normalization of relations with Israel. Besides, Pakistan’s population is comprised of 98 per cent of Muslims and almost all of them, irrespective of their sects, are against the softening of attitudes towards Israel. Thus, the measure will give birth to the mass violence and protest in the country. To avoid it, Pakistan will stand with its prolonged policy of non recognization of Israel untill there is a solution to Israeli-Palestinian conflict.

Finally, Israel has violated the doctrine of International law. The Government of Israel has constructed a Barrier/wall around the West Bank. It claims that the wall was fabricated for the safety from the Palestinian suicide attack. However, Palestine says that the wall is an attempt by Israel to isolate them and take over their land, affecting their economy, livelihood, and even access to health care system. Predominantly, Israel has violated both the Fourth Geneva Convention and the UN’s articles on state responsibility. ICJ also struck down Israel’s self-defense argument, citing that the Palestinian territories were occupied by it. This occupation violates the UN charter and several resolutions that prohibit territorial annexation by force against the wishes of the local people. Israel has also said to have violated Article 39, paragraph 6, of the Fourth  Geneva Convention. It states, “Occupying power shall not deport or transfer parts of its civilian population into the territory it occupies.” That is also one of the reasons that Pakistan would resist the recognization of Israel.

It is a wise decision to not recognize Israel or show any inclination towards it. Pakistan should make diplomatic efforts to build healthy relations with countries like Russia, China, Malaysia, Turkey and so on to nutralize the pressure. It is a time for Islamabad to stand on its feet and prove that it is independent of any sort of foreign pressure.

Has Pakistan shifted its foreign policy from geo-politics to geo-economics?