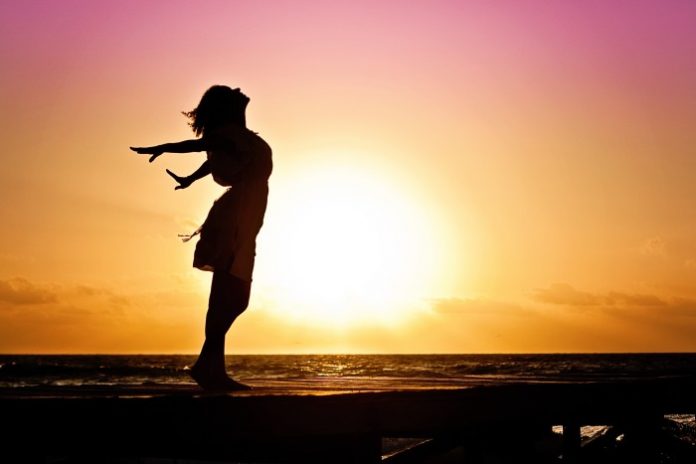 Women make up more than half of the world’s population; however, it is an open secret, seldom admitted, that they are mostly underrepresented or misrepresented in various arenas of life. For centuries, men continued to dominate social, political, and economic spheres. Countries are now giving representation to women, but in developing countries that is neither equal nor fair. There is a general tendency among people to portray women as weak by relating their femininity to being fragile or docile and by considering them, beautiful souls, but in this modern era countries do not grow by having more powerful worriers but they need more intellectual, skillful, and smart citizens. Still, many fields are considered men’s arenas. But now the orthodox ideas about women need to change. We have to rethink women’s empowerment to achieve prosperity.

Because of historically artificially constructed patriarchal system that gave preference to men over women on the basis of physical strength, men have achieved greater marks of prosperity in the social, political, and economic spheres than women. This inequality is not due to women not working as hard as men or failing to achieve greater success because of natural innate biological reasons that reflect women as weak but it is because of the concentration of power in the male’s hand who kept women deprived of their basic rights. Male dominancy evolved from the times of hunter and gatherer societies and the era of conventional warfare where men were preferred over women because of their muscular strength which was a need of the time. Today, the intellectual talents of men and women are used to separate them. The outcomes for men and women are different because women have been structurally denied for a very long time their fundamental rights and opportunity to develop.

Women empowerment is a process of ongoing change through which women and girls have more control over their lives and future. Empowerment is the expansion of choice and strengthening of voice. In our patriarchal society, men by dominating all resources and giving women access to basic needs such as education and health or by giving women an unfair representation in various arenas think that they are giving women privileges. However, if having access to all resources is essential for men, then it is also essential for women. Having a good existence is more crucial than anyone else for women since they are the ones who create not only families but also societies. In the current century where physical strength is no longer needed by the state Women’s empowerment is necessary to achieve economic and social prosperity.

Empowering women is a basic right of women. They should have equal access to education and health and have equal representation in politics and the economy. Women should have given up their Agency and they should be recognized, based on their intelligence and talent rather than considering them beautiful souls. Today women are in every field, but they have to struggle very hard to get there. Women can become the “agents of change” for socio-economic and sociocultural developments around the world if they are given equal rights and representation, empowerment, and more opportunities.

Bangladesh is one such example for us where women are rising onward and upward. The New York Times in May 2021 posted that Biden should look at Bangladesh for poverty reduction. And what is the secret of Bangladesh? It’s education and women’s empowerment. The literacy rate of Bangladesh is 98% more than 72% of Bangladeshi women are educated. These educated women have become the backbone of a robust economy and Bangladesh which was called a “basket case” by Henry Kissinger in the 1970s is one of the fastest-growing economies in Asia.

With equal rights and representation of women, nations grow and prosper. Finland, which is a pioneer of gender equality ranked the happiest country for the 5th consecutive time in the UN-sponsored world happiness report. It has a long history of gender equality being the world’s first country to give women the right to vote in 1906. Iceland, another example of prosperity through gender equality, came into being in 870 during the Viking age where there the society was completely male dominant for centuries. In 2020, Iceland is ranked first in the Global Gender Gap Index. As of right present, Iceland has 41% female MPs, 65% female students enrolled in school, and 88% female employees. Canada, one of the first nations to ratify and sign the treaty banning all forms of gender-based discrimination, is a prime example of groundbreaking success in social improvement, sustainable economic growth, and sustainable development in the national, political, and cultural realms.

If women are given free and fair access to their basic rights and opportunities as men they will also achieve the same amount of success as men. Despite being given unequal opportunities, women performed very well. They performed as socially active, technologically innovative, and politically vocal persons and set examples for others. Some common examples are, Joan of Arc as a great fighter, Catherine the Great as a Ruler, Marie Curie as a revolutionary scientist, Sojourner Truth as a suffragist and civil rights activist, Margaret Hamilton as NASA’s engineer for the Apollo 11 mission to the Moon, Fatima Jinnah as a freedom fighter, Benazir Bhutto as the first Muslim women prime minister, JacindaArdern as head of government. The share of women is also increasing in Noble prizes with time. As societies are giving more opportunities to women both women and societies are flourishing. From 1901-1960 twelve women were awarded the noble prize in sixty years, from 1960-2000 eighteen women were awarded the noble prize in forty years, and from 2000-2020 twenty-eight women were awarded the noble prize in twenty years.

Pakistan currently ranks 151 out of 153 countries o the Global Gender Gap Index report 2020. The country can empower women by improving access to and quality of education and health services, creating a conducive environment for the political and economic empowerment of women, providing equal opportunities to women, and eliminating gender-based violence against women.

To sum up, societies become more equal for men and women the societies are prospering. For developing countries, where the population is rising, economies are failing, quality of life is deteriorating, and where gender-based violence against women is on the rise, women’s empowerment not only a privilege but it’s a necessity. The feminized poverty in Pakistan needs to be alleviated especially in rural areas where women’s access to education, employment, and inherence is denied. Women constitute 48% of the Pakistani population, and if they are all educated and employed, they will ease the financial burden on both their families and the nation as a whole. If they get equal and fair representation in politics and economics, they can contribute to strengthening the thriving economy of the country. An empowered woman can take an active part in the economic growth and social development of families and countries. Hence women’s empowerment is a necessity that can be achieved by creating an inclusive and participatory society.